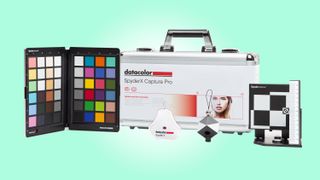 SpyderX Capture Pro and SpyderX Studio are both centered around the Elite version of the Spyder X device that was launched earlier in the year. They are, however, targeted towards different users.

The SpyderX Studio, meanwhile, is targeted at home print users. While it offers the same Spyder Cube and the Spyder Elite calibration devices as the Studio collection, it misses out on the Checkr and LensCal products in favor of the Spyder Print, which enables users to create print profiles conforming to the ICC standard.