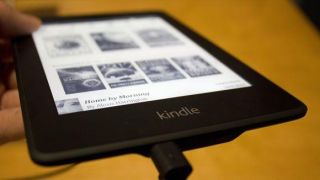 Apple loses its only ally in ebook suit

Macmillan has joined the other major US publishers in settling the ebook price fixing lawsuit, filed by the Department of Justice, leaving Apple to fight the case alone.

The lawsuit alleges that Apple conspired with Hachette, HarperCollins, Macmillian, Simon & Schuster and Penguin to prevent retailers like Amazon from lowering the prices of ebooks.

Three of the publishers immediately settled with the DoJ, when the suit was filed in April 2012, but Penguin, Macmillan and Apple had vowed to fight the allegations in court.

Penguin caved in and settled in December and now Macmillan has also yielded, claiming the cost of losing the case could have put it out of business.

Prices to come down immediately

Macmillan, owned by German company Holtzbrinck, said the decision was made "because the potential penalties became too high to risk even the possibility of an unfavorable outcome."

With Macmillan out of the picture, Apple must now decide whether to stick to its guns and fight the case alone, or agree a settlement with the DoJ, which plans to continue its litigation against the company.