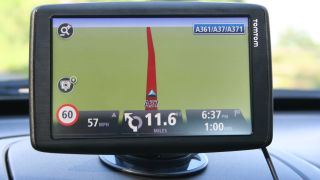 TomTom the sat nav brand has announced it has teamed up with Motaquote to reward good drivers with lower premiums on their car insurance.

Both companies have come up with something called Fair Pay Insurance, which works with data taken from your TomTom and offers up a bonus scheme for those who stick to the Highway Code – so speed racers need not apply.

The scheme means that policy is controlled by how you drive and not tied to risk factors outside of the drivers control – ie, postcode, gender, age and vehicle type.

Speaking about the new initiative, Nigel Lombard, Managing Director of Fair Pay Insurance, said: "We've dispensed with generalisations and said to our customers, if you believe you're a good driver, we'll believe you and we'll even give you the benefit up front.

"This is unlike some other telematics-based schemes where you may have to prove your ability over a number of months. So if you think of your insurance as your car's MPG - the better you drive, the longer your fuel will last.

"It's the same with Fair Pay Insurance, good drivers get more for their money and in that sense they will pay ultimately less."

Now, the cynic in us suggests that if it rewards decent drivers, then it may well penalise bad drivers so it may be worth checking the small print, but those who sign up to the Fair Pay scheme will get a specially-developed TomTom PRO 3100 navigation device, which includes Active Driver Feedback and LIVE Services.

Now all we need is a TomTom HAL voice to say softly to us: "Slow down your driving, Dave. Watch out for that pedestrian, Dave. Your insurance company isn't going to like that speed camera flash, Dave..."