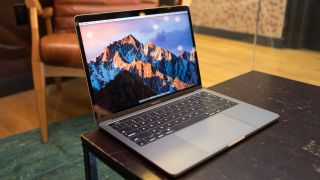 Apple has made it clear that it’s ditching the Back to My Mac service from not just macOS Mojave, as had already been announced, but also previous versions of the desktop operating system, when July rolls around.

Back to My Mac is an iCloud feature which allows the user to link up multiple Mac machines to share files across them, as well as facilitating screen-sharing and remote desktop access.

As spotted by MacRumors, Apple confirmed that the feature will be cut from all incarnations of macOS in a support document which stated: “As of July 1, 2019, Back to My Mac service will no longer be available in any version of macOS.”

The company then offers up some alternatives to replace the missing pieces of functionality.

For cross-device file access, Apple points to iCloud Drive, and for screen-sharing, the firm recommends the Sharing option built into macOS (look under System Preferences) – alternatively you could use screen-sharing under the Messages app.

Remote desktop is a bit of a thornier issue, though, in that the suggestion here is Apple Remote Desktop – the caveats being that this will cost you $80 (around £63 AU$115), it hasn’t been updated in well over two years and its review rating on the Mac App Store is therefore understandably low.

So for those reasons, some folks haven’t been particularly receptive to this particular alternative. Of course, there are other third-party remote desktop apps for the Mac.

Still, there are obviously users who would simply prefer to have the option to keep using Back to My Mac, and furthermore, there are seemingly some more niche scenarios (like accessing a computer back home via a shared IP VPN connection) where it’s difficult to find a workaround for the functionality you could achieve with Apple’s soon-to-be discontinued solution.

That said, Back to My Mac was not the most user-friendly or indeed widely used service, but that won’t stop it being missed by some of the likely more tech-savvy folks out there who’d got to grips with and found useful applications for the service.