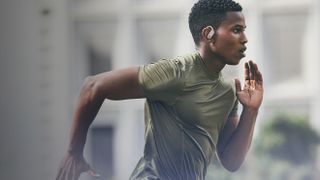 If you're looking to buy a pair of the best true wireless earbuds on the market, you've probably spent some time comparing models like the upgraded Apple AirPods (2019), Samsung's Galaxy Buds, and the recently released Beats PowerBeats Pro – but what if these competing models more similar than we thought?

An iFixit teardown of the PowerBeats Pro found that the highly-rated  workout buds share a lot of the same technology as the Apple AirPods, and more surprisingly, rival company Samsung's Galaxy Buds.

According to the teardown, in which iFixit physically dismantled the PowerBeats Pro earbuds, the sporty buds share the same 200mWh coin cell battery as the Samsung Galaxy Buds.

Despite this, the two models don't offer the same battery life, with the PowerBeats Pro supporting nine hours of playback from a single charge compared to the Galaxy Buds' six hours.

We aren't surprised to hear that the PowerBeats Pro share much of the same inner tech as the Apple AirPods; after all, Apple acquired Beats in 2014, and worked with the headphone company on the true wireless buds.

The teardown also revealed Apple's H1 headphone chip inside Beats' true wireless buds, which enables rapid pairing and Apple's hands-free 'Hey Siri' functionality – we already knew of its presence of course, but it's cool to see the inner workings of the earbuds.

What is surprising, is the fact that the two buds share similar speaker drivers, as the PowerBeats Pro deliver a far bassier, and altogether more impressive soundstage than the AirPods.

As iFixit notes in its teardown video, this could be due to the superior passive noise isolation offered by the PowerBeats, which create a better seal against the opening of your ears than the AirPods.

The teardown found that, like the AirPods, the PowerBeats Pro would be extremely difficult to repair yourself should they break, scoring only one out of ten in the publication's 'repairability' score. You can watch the full video below: