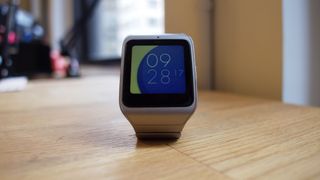 The Sony Smartwatch 3 is one of the best Android Wear smartwatches around and beloved by many, but it won’t be updated to Android Wear 2.0.

Spotted by Xperia Blog, the product page for Smartwatch 3 now plainly states that the device will not receive the long-anticipated software refresh. Instead, it will remain on Android Wear 1.5 for the rest of time, unless its enterprising fans find a way to work around that limitation, of which there are many.

Loyal supporters of Sony’s forgotten watch even went as far as petitioning for the new software. Currently, just over 3,000 have signed, but alas, Sony seems to have already made up its mind.

The Sony Smartwatch 3 was one of the first Android Wear smartwatches on the market and it got a surprisingly large amount of things right. Its square design stood out from the rest. It has NFC, and sporty charm with its silicon bracelet, IP68 rating and built-in GPS, but blends right into just about every other scenario as well.

Its hardware button would have qualified it to work with Android Wear 2.0, too. But Sony’s decision likely has to do with its aging chipset, which lags behind the smooth experience put out by the Snapdragon Wear 2100 that we’ve found in a growing number of watches.

So, we’ll pour one out for the Sony Smartwatch 3. Its fate is similar to that of the Moto 360 and LG G Watch – they aren’t among the list of watches compatible with Android Wear 2.0.

These were the early pioneers that helped Android Wear get to where it is today, but I swear, there’s just no respect for the elders anymore.