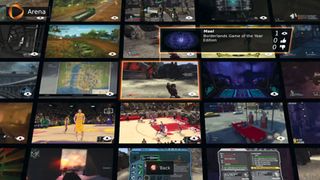 OnLive has a huge library of streaming games

Last month, it was revealed that OnLive would be headed to LG Smart TVs, which run on the Google TV platform.

But, OnLive CEO Steve Perlman took to the Google TV Blog today to reveal that even more Google TV devices will soon have OnLive game streaming built in.

Google TV is currently available in the U.S. and launches this month in the UK through devices that include LG's G2 series of smart TVs, as well as set top boxes like the Sony Internet Player NSZ-GS7 and the VIZIO Co-Star.

The Google TV service integrates Google Play, YouTube, Chrome, and other web services with users' existing live TV hook-ups, allowing them to access a wide variety of content in the living room with a single remote.

OnLive's future integration with LG's G2 series smart TVs with Google TV has been public knowledge since last month, but today Perlman revealed more details about the collaboration between Google and OnLive.

OnLive will be integrated into the VIZIO Co-Star and will be installed on the LG Smart TV with Google TV via a future software update, while other Google TV devices (like the Sony NSZ-GS7) will soon receive an OnLive app via Google Play.

"With Google TV, you take it for granted that you can stream just about any type of linear media - video, movies, music - on demand and experience it instantly," Perlman writes.

"With OnLive, the latest high-performance videogames stream just as instantly as videos or movies. It's really cool."

OnLive allows users to try most games for free for thirty minutes, subscribe to the OnLive PlayPack for unlimited access to select games, or purchase games individually for full access.

Big-name game publishers like Ubisoft, EA, THQ, 2K, and WB Games have pledged current and upcoming games to the service, so there's no shortage of streaming content.

The games are processed on distant servers and then streamed through the internet to PCs, tablets and other devices, and they're played using a Google TV-compatible controller or OnLive's own universal wireless controller.

Google TV's global distribution head said last month that the current Google TV offerings are "an early step in the journey," and it looks now as if OnLive has a big role to play as Google TV continues on its path.