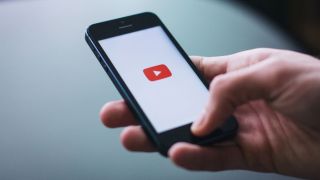 Google does many things well, but one thing it struggles with is coming up with a paid streaming music service that can keep up with Spotify and Apple Music.

It's already got Google Play Music, YouTube Red and YouTube Music, but in March it's going to try its luck again with a new service for YouTube that's tentatively called "Remix," according to a report from Bloomberg. The news confirms a rumor we heard in July.

Unsurprisingly, the goal of Remix is simplification. The new service would reportedly combine the audio-only aspect of Google Play Music and the ad-free video-focused content of YouTube Red into one hopefully appealing package.

Of course, its existence depends on getting the three major music publishers to play along, which may be a problem has they've long criticized YouTube for its fairly indifferent attitude to policing copyrighted content and its poor payouts to both artists and labels. Considering that more than a billion people watch YouTube videos every month, it's not hard to see why they'd like to get more money out of the service.

As for the music publishers, Warner Music Group has reportedly already signed on for the new project, but Sony Music Entertainment and Universal Music Group remain in talks, along with Merlin, a group that represents independent labels.

These talks have reportedly been going on for more than a year. For that matter, YouTube also needs to negotiate with Vevo, which holds the rights to many music videos.

That's a lot to achieve before March. It's a big gamble, and its rivals in the race already have significant leads. Spotify now boasts 50 million paid users (out of a total user base of around 150 million), while Billboard reported that Apple Music isn't far behind with 30 million paid users. Google, though, has never released official subscriber numbers for Google Play Music, and last year The Verge reported that YouTube Red had only 1.5 million subscribers.