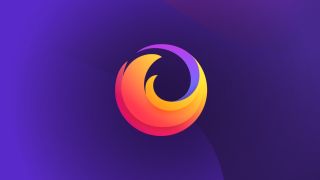 Mozilla has been busily beavering away on a new version of Firefox for Android, and its work is nearly done. The browser has been rewritten from scratch, and this explains why the project has been so many months in the making. But with the launch now not far away, there's some slightly disappointing news about browser extensions.

At the moment there is just one extension – yep, one solitary extension – that works with Firefox for Android. If you're a fan of uBlock Origin, then you're in luck, but things are quite so rosy if you like the idea of kitting out your browser with a wide range of add-ons.

After this, things aren’t going to improve a great deal – and certainly not very quickly. In an FAQ about extension support in Firefox for Android Mozilla says that it is "working on building support for other extensions in our Recommended Extensions program".

The list of recommended extensions currently consists of fewer than 100 add-ons, so there's a high chance that those that you have come to know and love on the desktop will not be supported any time soon.

It's fair to say that there a lot of familiar names in the "recommended" list, but it is far from exhaustive. If you're wondering how Mozilla decides which ones to lend support to, the company says that it is "prioritizing Recommended Extensions that cover common mobile use cases and that are optimized for different screen sizes".

Take a browse through the list and you'll get an idea of what could be supported in Firefox for Android over the coming weeks and months. But if you're hoping that other extensions you use will be migrated, perhaps don't hold your breath. Mozilla says it has no news about when extensions that are not part of the recommendation program will be supported.

If you want to try out the Firefox for Android Beta, you can download it from Google Play. In addition to this, there are the Firefox Preview Nightly and Firefox Preview builds available for testing, but these are more likely to be problematic by virtue of their pre-release status.