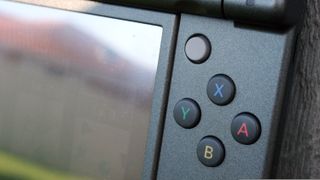 Nintendo has nixed plans to release a sleep tracking device this year under its Quality of Life program, though you might not remember it even had plans to launch such a device in the first place.

Let us refresh you: The video game giant said it was working a sleeping tracker back in 2014. It was supposed to be a non-gaming device that you wouldn't have to wear while you slept. Instead, it would sit on your nightstand and monitor you as you dreamed, keeping track of your Zzzs and therefore your quality of life. The device was due out this year.

But during a Q&A session with investors this week, Nintendo President Tatsumi Kimishima, as translated by Wired, said that the company no longer plans to release the device. Kimishima offered up the information without being asked about the sleep tracker at all.

"In regards to the Quality of Life [device], which was not mentioned in any of today's questions, we do not have the conviction that the sleep-and-fatigue-themed [device] can enter the phase of actually becoming a product," Kimishima said. "We no longer have any plans to release it by the end of March 2016."

But the Quality of Life project isn't quite dead yet, with Kimishima telling investors, "On the other hand, we still believe there are things we can do in the general category of Quality of Life, and we will continue to study the possibility of expanding into this field."

He didn't say what other products or devices might be in the pipeline for this program, but we wouldn't be surprised if a future health focused-device from Nintendo could end up tied in with the expected NX console, much like Wii Fit was for the Wii and Wii U.

After all, when first announcing the Quality of Life program, late Nintendo President Satoru Iwata did say, "We expect the [Quality of Life]-improving platform to provide us with new themes which we can then turn into games that operate on our future video game platforms too."

Still, it seems we may have to wait a while longer before we hear anything more on the program or devices coming out of it.