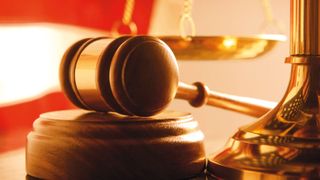 Adding to the very public debate over a court order demanding Apple assist the FBI in breaking into a locked iPhone and the implications it has for user security, the US House of Representatives Judiciary Committee has announced it will call on both parties to testify on encryption next week.

Apple General Counsel Bruce Sewell and FBI Director James Comey are on the agenda as witnesses for the hearing for March 1, entitled "The encryption tightrope: balancing Americans' security and privacy."

It is expected the committee will discuss the FBI invoking the All Writs Act of 1789 for the court order, and the implications of forcing Apple to create what could be a backdoor into locked iPhones.

Professor Susan Landau from the Worcester Polytechnic Institute and District Attorney Cyrus R. Vance for New York County will also testify as part of Apple's panel during the hearing.

The House Judiciary Committee is essentially in charge of overseeing the administration of justice within federal courts, administrative agencies and federal law enforcement entities, meaning the results of this hearing could heavily influence the results of the FBI's litigation against Apple.

They added that Americans have a right to strong privacy protections and that Congress should "fully examine the issue" to make ensure those are in place while also making law enforcement can do its job, too.

"As we move forward, our goal is to find a solution that allows law enforcement to effectively enforce the law without harming the competitiveness of US encryption providers or the privacy protections of US citizens," they said.

Interestingly, in its first legal step against the FBI's demands, Apple has today officially filed a motion to throw the government's court order. Tech giants Microsoft, Facebook, Twitter and Google will likely file motions in support of Apple next week.