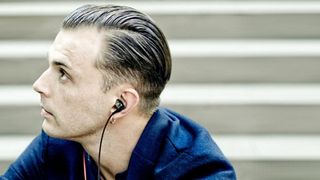 Look, it's great that you like all the new tech stuff, but that doesn't mean you should try to force a smartwatch on grandma this Christmas – she's liable to think it's an emergency call device and you're putting her in a home.

In fact, some people hate tech, gaining pleasure mostly from successfully cultivating purple sprouting broccoli. They're left cold by banter about who's got the most recent version of Android on their bedside entertainment tablet. They want to reminisce about trains and people they used to know, rather than accessing geo-locked media catalogues via legally-grey VPNs on custom firmware dongles.

The point is, don't buy gadgets for people on a whim, just to show off the fact that you know more about the latest stuff than they do. They won't understand, they won't appreciate it, and they won't even get halfway through the initial setup process before giving up, putting the device back in its box and stashing it in the loft along with the Wii you got them in 2008.

Unless, that is, they've explicitly asked for something techy for Christmas – just be sure you don't misinterpret the question 'So what's this Internet of Things?' as 'I really want a full array of sensors lining my kitchen and watching me every morning'.

Just because you like going to sleep knowing how many voluntary leg movements you've done in a day, that doesn't mean your sister will.

In fact, telling people they need to start paying attention to their fitness is quite rude. Giving family members any sort of motivational health gadget is effectively the same as shouting "You're FAT and LAZY" at them. On Christmas morning.

What you're actually giving here is an ongoing financial commitment; a burden that won't go away; a maxed-out credit card obtained using their identity. Don't give the gift of a monthly bill; it's a terrible idea.

Any form of subscription is a present that eventually runs out, leaving only feelings of dissatisfaction. Plus, not everyone is as into music as you pretend to be.

Some people just like it when 'Common People' comes on the radio, and don't need instant access to the entire 1980s catalogue complete with Wham! bonus materials.

You think you're helping by doing all the research, but you're not. You're giving someone the laptop with the screen you want, the minimum processor power you deem acceptable to run Windows 10 and the keyboard you like – and from one of your shortlisted favourite brands.

You may as well get your name etched into the case, set a photo of yourself as the wallpaper and insist that the charger is only kept at your house, seeing as this is basically a present to yourself.

Cheap ones are rubbish, and the recipient will instantly know you've only bought them a budget model that won't fly higher than plug socket level, because they're only a Category C friend.

The expensive ones are nicer – but no one wants to stand in the garden on Christmas day watching an overgrown toy inevitably break itself on the first heavy landing.

A piece of A4 paper with 'Aeroplane Construction Kit' written on it would be a more inclusive gift – at least everyone can have a go at pinging it across the living room before it breaks.

This says: "I know nothing about you, nor can I be bothered finding out anything about you, so have some rebranded, less-widely accepted money; money you can only spend on stuff that doesn't even physically exist."

If you want to be rude, it's the perfect gift. Carry on.

These are cheap, so if they wanted one they'd have bought one by now. The gift of a media dongle is essentially the gift of you disrespecting the recipient's current entertainment setup, while also adding a layer of unwanted complication to proceedings.

"Yes, we can watch watch [insert random soap opera] at an unprecedented bitrate, in an hour, once I've set it up and synced accounts and VPN-ed into my remote server and... oh what was the password for my old Gmail account?" is not what anyone wants to hear, or watch a person struggle with, on Christmas Day.

Dongles are best bought in the post-Christmas sales and set up between December 27 and 30, when no one else is in the house and you can get everything set up correctly in peace and privacy.

It's very tempting. Everyone's talking about smartwatches and yet, for some curious reason, boxes of them are stacked 128 units high inside the doorways of every electrical retailer across the country, on sale for half what they were last April.

It's almost as if the shops have less of a clue about what to do with them than people who've actually bought one.

Just don't give one to anyone – it'll be terribly embarrassing for all concerned when the battery dies on Christmas Day afternoon after a few hours of disinterested fiddling.

Trying to explain to increasingly drunk people why being able to control your heating from afar is a good thing could damage family relations so deeply that you'll be dining alone on December 25 for the next decade.

Best to just put up with dad being too hot and mum being too cold, as even modern technology can't fix this timeless divide between the sexes.

Don't buy anyone these – it's too personal. It's like buying underpants for a work colleague because you've noticed the same waistband appearing above their trousers for four days in a row.

Some people don't like the ones you have to shove into your earholes. Some don't like pressure on the outside of the ear caused by the big ones. Some don't want white ones because they hate Apple for reasons long forgotten, and don't want strangers to think they have an iPhone.

It's a very complicated business – so no matter how much you know about frequencies and rates, you'll be on a loser.

Anything that says 'Internet of Things' on the box

What, actually, are these things? Sure, they can turn off the light when you leave the room, or you can spend hours configuring a sensor so that the bathroom fan turns itself on when THAT family member goes in for a number two.

Unless they've left their phone on the sofa, in which case it won't work at all, and the fan will never go on again and, well, that's Christmas ruined.

Honestly, stick to chocolate Brazil nuts and socks – they're cheaper, and they always work.

Giving this to someone is saying, at best "I noticed that your phone's rubbish" and at worst "I'm stalking you, so please stop letting your phone die because I expect immediate replies to all my messages".

Neither are great subconscious Christmas inferences.

It's so tempting to buy your parents one of these. Because they're old enough to remember when there were no remotes for anything they're quite baffled to now have three, some of which even duplicate the functions of others.

Sadly, nothing says "I want to be in control of everything" louder and more clearly than a complicated thing that only you can be bothered to set up properly and learn to use.

Unless they asked for one. In fact, you could say that about all of these gadgets. But if you are determined to give them the gift of gadgetry, just be ready to take the consequences.