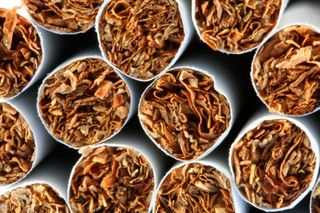 The legal age for smoking in Japan is 20

Cigarette machines in Japan will soon have an age-verification device powered by a Wi-Fi connection. Underage smokers in the country often get their cigarettes from one of the 600,000 street vending machines.

Reuters reports that it's just one of the ways the Japanese government is looking to crackdown on problematic teenage smoking. With the new machines, would-be purchasers will have to use a smart card to get one of the 300 yen packets of cigarettes. The legal age for smokers in Japan is 20.

The electronic cards are being issued by the Tobacco Institute of Japan (TIOJ). They have an embedded chip that carries personal information as well as acting like photo ID. Customers can also pay electronically using the cards.

Reuters reports the smart card system is costing the tobacco companies 90 billion yen (around £385,000) to implement.