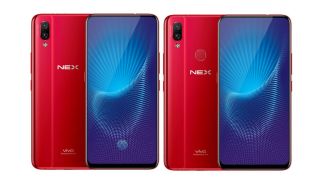 Vivo has said that the Apex S features a third generation in-display fingerprint sensor that is claimed to be 50 percent more accurate and 10 percent faster. The main highlight of the two devices is the 8MP pop-up selfie camera that reveals itself only when you open the camera app. Vivo has used precise micro-stepping motors with independent drive ICs and precision control algorithms to enable the pop-up camera.

Apart from this, the company has used Screen SoundCasting Technology to replace the traditional earpiece, which is similar to what Xiaomi has used in the Mi Mix 2. Vivo has hidden the light sensor at the bottom of the screen using ray data compensation algorithm.

Coming to the camera department, the Vivo Nex S and Nex A feature a dual camera setup at the back with a 12MP primary dual pixel sensor with 4-axis OIS, f/1.8 aperture, phase detection autofocus and a secondary 5MP sensor with f/2.4 aperture. On the front, they sport an 8MP selfie pop-up camera with f/2.0 aperture.

The Vivo Nex S and Nex A are powered by a 4,000mAh battery with Fast Charge support. Connectivity options include Dual 4G VoLTE, Wi-Fi 802.11 ac, 3.5mm audio jack, Bluetooth 5.0 LE and a USB Type-C port. While the Nex S sports an in-display fingerprint sensor, the Nex A is equipped with a rear mounted fingerprint sensor.