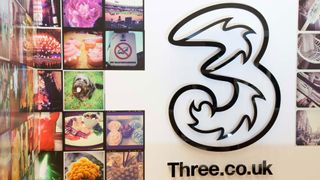 Outages of the Three network on April 22 meant some customer’s SMS messages went to random recipients and have been read by the wrong person, but the UK network won't be contacting customers affected by the issue.

A Three spokesperson told TechRadar, “We’re aware that some customers have reported receiving misdirected texts or texts from unknown numbers. We are investigating these incidences [sic] but if any customer is concerned about this they should contact Three customer services.”

That means any customer will need to contact Three directly to know if messages went to the wrong places.

TechRadar asked Three direction what the network will be able to do for customers affected and were told: “If customers have any concerns about misdirected messages they should contact customer services who will address each situation on a case-by-case basis.”

However, customers are now complaining that the outage has caused confidential accounts to be compromised, and now the Information Commissioner's Office has confirmed to Ars Technica that it will be 'making enquiries' into the incident.

@ThreeUK One of my financial accounts has been compromised because a text went to a different recipient. I want to cancel without charge.April 22, 2017

It's not clear if there will be compensation for your messages going to the wrong people, but it may happen if you use the customer service line.

TechRadar also asked for a gurantee this wouldn’t happen again on the network, but Three did not provide one.

@ThreeUK Your customers deserve an explanation as to why our PERSONAL texts are being sent to people we dont know!! #CHANGINGNETWORK #JOKEApril 22, 2017

It’s thought the problems came from a technical network issue rather than any other external factors, so whether Three will be able to stop this happening in the future is currently unclear.

Customers who sent messages may not know if they reached a wrong number as Three isn't actively telling those affected, while those who received strange messages have been told by Three "to ignore all text messages that you deem incorrect."