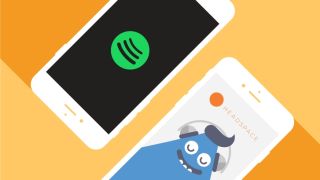 Spotify is seemingly interested in other types of audio beyond its goliath music streaming service, as it’s just partnered with Headspace (one of the most popular guided meditation services) to offer both services at one discounted price.

Currently the combination is only available in Sweden, Norway, Finland and Denmark, but other countries are set to follow soon, with a UK launch happening in the coming weeks.

The combined service costs €14.99, which is roughly a 25% discount on the standard cost of subscribing to both Spotify Premium and Headspace separately.

Pricing elsewhere hasn’t been confirmed, but assuming a similar discount we’d expect a price of around £15/$16/AU$17 per month.

The services are still kept separate – so you won’t be able to listen to your Headspace meditations on Spotify, but you will be able to log in to both services using your Spotify account.

Something to meditate on

For existing subscribers of both services making the switch should be a no-brainer, though we’re less sure the price is low enough to tempt many current users of only one or the other.

Especially as Spotify’s family plan and Headspace’s discounted two-year subscriptions can already end up significantly cheaper than the standard price for each service.

Still, can you really put a price on a clear head, a calm mind and endless music?