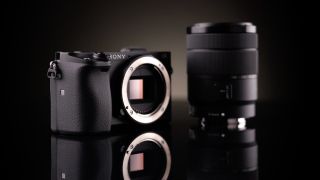 Following a flurry of rumors, Sony has officially taken the wraps off its new mid-range Alpha A6400 APS-C mirrorless camera.

As the name suggests, the A6400 is not a direct replacement for the Alpha A6500, but instead replaces the Alpha A6300, with the aging Alpha A5100 and A6000 remaining in Sony's mirrorless lineup.

The Alpha A6400 features a 24.2MP APS-C Exmor CMOS sensor with a front-end LSI, which combined with the same BIONZ X image processor found the Alpha A9, A7R III and A7 III sees the A6400 deliver an ISO sensitivity up to 102,400 and processing speeds 1.8x faster than the A6300. Sony also believes color reproduction has been greatly improved.

Sony claims the Alpha A6400 features the world's fastest autofocus at just 0.02 sec, while for the first time in an Alpha camera Sony is introducing Real-Time Eye AF with AI-based subject recognition. This promises to be even more accurate than Sony's current Eye AF system, which now features a right or left eye priority setting in the menu.

Where pre-order the Sony Alpha A6400

Not only that, but the A6400 also gets Real-Time AF Tracking with AI-based subject recognition, another first for an Alpha camera.

Focusing is based around a 425-point phase-detect system that's supplemented by a further 425 contrast-detect AF points, with 84% coverage of the frame. To partner this advanced AF system, the A6400 can shoot at up to 11fps with both AF and AE (the buffer is 116 JPEG shots). Should you want to shoot silently, you can do so at 8fps.

The body of the Alpha A6400 follows a similar form factor to other A6000-series cameras, with a relatively large hand grip and a reasonable amount of body-mounted controls. It does differ slightly though, with the addition of a flip-out 3.0-inch touchscreen display that rotates outwards 180 degrees.

This is likely to be a big draw for vloggers, especially when you factor in the A6400's ability to shoot 4K video (using 6K oversampling) at 100Mbps. There's also S-log3 and S-log2 support for post production, as well as 4K HDR (HLG) recording. The A6400 also has a microphone jack and is compatible with XLR adapters, while, if desired, 4K video can be transferred directly to your smartphone thanks to the new Imaging Edge Mobile app.

The Alpha A6400 also features a high-resolution XGA OLED electronic viewfinder, while the magnesium alloy body covers are sealed against dust and moisture.