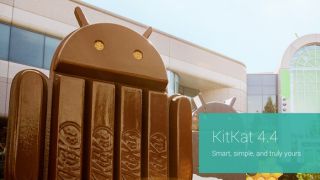 The wait can be long for the latest and greatest version of Android to land on smartphones and tablets, but the platform's biggest OEM is about to unleash a volley of KitKat love on some of its most beloved products.

SamMobile reported eight popular Samsung devices are on tap to receive Android 4.4 KitKat over the next month or two, with a trio of them having already wrapped up internal testing and others in various stages of the process.

According to the "KOT49H Update Status Report" provided by an anonymous tipster, Samsung's LTE-equipped Galaxy Note 2 and Galaxy Note 3 Neo will be the first KitKat upgrades available this month, with the LTE flavor of the Galaxy S3 also on deck for May despite being in the final testing stage.

Also reporting a completed status as of the April 25 status report is the LTE model of the Galaxy S4 Mini, although owners of that particular handset will have to wait until June to break off a piece of the update.

Unfortunately for owners of the Samsung Galaxy S3 model number GT-I9300, the news is less definitive, with no current status or estimated time of arrival for KitKat.

According to a developer report taken from an Android 4.4.2 KitKat test build, something about Samsung's own TouchWiz software appears to be getting in the way of loading system apps, so that upgrade remains on hold until further notice.

Three of Samsung's largest phablets - the Galaxy Grand 2, Galaxy Mega 5.8 and Galaxy Mega 6.3 - also remain in testing, although the leaked chart reveals the manufacturer intends to unleash KitKat to owners of those handsets sometime next month.

Last but not least, Samsung is said to have already started testing Android 4.4.3 for its latest flagship Galaxy S5, and the tipster cautioned that some of the updates outlined above could be delayed slightly to incorporate the freshest flavor of KitKat.