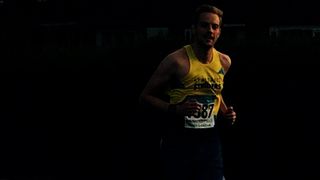 This is a tremendously hard piece to write - but when I was considering what I wanted to talk about in terms of how I’m feeling about the marathon, I could only think of this topic.

It’s not about tech (so I had to get special dispensation to even write this column for TechRadar) but it's something I've wanted to write for a long while.

I suffer from depression and anxiety to varying degrees - sometimes it’s OK, other times it’s destructive and I can’t eat, sleep or even function without inexplicably shaking. And running can magnify that feeling hugely, be it training or in a race.

Before I get into how this relates to London, I should say that I’ve been in weekly counselling for a while and I feel like it’s finally having a positive effect.

This is also something I’ve shared with very few friends or workmates  but I'm writing it in the hope that, with the positive noises around mental health in the lead up to the London Marathon, it might reach someone going through the same thing.

The most common question I’ve been asked this week is: ‘How are you feeling for the race?’ I’ll smile and say ‘Oh, you know… pretty good. I’ve done all I can.’

But in reality, I’m petrified. I’m scared I’ll run too fast, it’ll be too hard and the stress of it all will trigger a huge anxiety attack in the middle of the race as the end feels too far away.

It's been hard to admit, but I’ve never been able to answer the question of why I run every day or try so hard to train for races.

People tell me such focus is not normal, and I’m inclined to agree. I don’t get the ‘runner’s high’. Going for a jog doesn’t clear my head or help me meditate. I just want - have - to keep getting faster as a way to distract from feeling so dull inside.

The best way to describe anxiety is one of trying to relax at home while knowing there are multiple soldiers ready to smash through the door and shoot you.

That means feeling any kind of contentment is impossible - always unsettled and ready to fight. As such, the ‘happiness tap’ inside, the one that makes us feel like everything will be OK, has stopped flowing thanks to anxiety plunging a stopper into the end.

As that continues, you panic that it’s going to never flow again and you’ll die of thirst - and any moment you feel a touch of happiness it’s an all-consuming desire to repeat it, hoping to turn the trickle of pleasure into something that will last forever.

Sadly, that’s impossible. Life is about letting things happen, accepting that it will all be OK in the end - but I can’t do that.

That’s what running has become to me - a chance to get stronger, to run faster, to always do better. It’s the constant promise that if I keep trying and clawing away at the goal, the happiness will flow if I finally perform as well as I can.

The thing is, it doesn’t. I can't possibly live up to that dream. Any triumph is squeezed of all joy instantly, a PB becomes a benchmark that I should  be achieving, not a celebration.

So starts another cycle of trying to run faster. I scratch around for a goal that I think is beyond me, and if it feels like something that would be a genuine achievement then I feel elated: imagine if I could do the impossible?

Imagine the adulation, the wonderful feeling that would elicit...it’s an intoxicating possible antidote.

I come up with the most grandiose training plans, every time refining something a little bit harder to try and shave off a few more seconds… because the faster I can go, the better I am.

I sit on the internet, browsing scientific data, looking at marathon plans, trying to outsmart biology and experience and find shortcuts to improvements through dedicated Googling. It becomes all-consuming.

The thing is, I know that it borders on obsession. My close friends joke that I’m becoming boring, that I’m no longer fun… but it’s the only way I know to keep my mind occupied, following a structure that I know offers just enough hope to be worthwhile.

People laughingly ask what I’m running from when they hear how much I do, and the truth is simple: feeling anxious.

Then there are the times that it strikes when running. If I’m in a bad phase of anxiety, which can sometimes last for days, my appetite falls away and I eat very little. Trying to do an 18 mile training run having only had a single meal in the last day or two is pretty tough.

It’s a choice between dropping a run on the training plan (unthinkable - I have to follow it exactly or it’s all worthless) or toughing it out on low energy… which is horrible.

Worse than that is the 'race voice' though, the one that feels the weight of the miles ahead and screams their potential crushing into all corners of my brain. The second I start to feel effort the voice tells me that it's all falling apart, and in a marathon that effort starts pretty soon.

I’ve had panic attacks in triathlons, terrified I can’t get out the water and I’ve got 90% left of the swim to go. Weeks of training wasted as I splashed around panicking.

Or my first marathon where I started to feel the panic creeping in at mile 11, and by mile 16 the weight of the task took a bat to my face and made me walk. I never walked in races, but I’d blown. That was it. The end of my running career.

I’d cracked and I would never repair it. I ran-walked to the end, but it was terrible - a complete waste of training again.

But there’s the thing - neither the marathon or triathlon was a disaster. They felt like it on the day, but without that marathon I wouldn’t have gone so quickly later in the year, allowing for the pressure and running accordingly.

The smart thing for London would be to follow the same thing I did in my improved second marathon and just try to do it a little faster.

But it’s hard to ignore that little voice telling me that I need to try harder, to be better… to taste the high that I can only obtain if I give it everything and I don’t let the anxiety take over.

But at mile 18, that black, sucking void could be destructive if I push too hard. The voice will tell tell me that I’ve ruined everything and make me slow far more than I really need to, in a desperate bid to bring the happiness back to my brain by taking away the effort.

My mind and body completely disconnected, I’ll panic again knowing that the only way to ‘do well’ and save my race is to let them work together seamlessly, flowing with one another… but that’s the same as knowing I need to leave the tap alone. I can’t just force it.

So if you’ve ever felt the same thing - or you (hopefully) don’t  have the same condition but are still worried that the weight of such a monumental event will squeeze any hope out of you - here’s what I’d want someone to tell me:

Do whatever it takes to ease the pressure. Focus only on what you can do, not the person next to you or the member of your running club you’re hoping to beat is doing.

Get to the edge of your own pain threshold and take a couple of steps back. When the race starts to bite, ask yourself if you can do another mile at this pace. Or half a mile. Or 10 steps. If the answer is yes, ask yourself the same question when that section is over.

Don’t feel like you’ve got to run the whole race in the next 10 minutes… break it down bit by bit and find the enjoyment wherever you can get it.

Don’t run into the anxiety, run with it - pop the demon on your shoulder and carry on.

Because it will be hard. So hard, at times. You’re running a goddamn marathon, after all. But look inside yourself and see what you can do, and do it. There’s nothing more to offer.