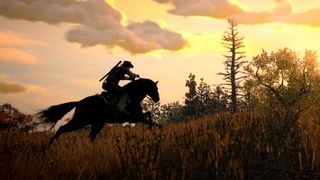 A fresh Red Dead Redemption 2 release date of June 8, 2018  has been leaked by a Dutch retailer, making it later than Rockstar's teased "Spring 2018" arrival.

[Update: Dutch retailer Coolshop has sent TechRadar a statement stating that we should "contact the publisher of the game for the most accurate and up to date information."]

Retailer slip-ups can be honest mistakes, as they ready product pages for upcoming games, allowing them to switch the pages live as soon as an announcement is made, with fake information entered into them before the real details are made clear.

While this doesn't bode particularly well for this leak, it's the retailer itself - Dutch-based Coolshop - which is of interest as it's the same place that correctly leaked the official launch date for Grand Theft Auto V.

The listing no longer has the June 8 date on it, with Coolshop changing the expected release date to say just "2018".

However, if the leaked release date is correct it would mean Rockstar has slipped behind the "Spring 2018" promise it made back in May 2017.

It's already pushed the game back from a 'Fall 2017' launch which was touted in the first trailer, so it's not out of the question that the game may have been delayed again.

A statement from Coolshop, sent to TechRadar, regarding this leak simply states: "We would advise you to contact the publisher of the game for the most accurate and up to date information regarding the release of the game."

We have contacted Rockstar for clarification on its launch intentions for the game, and will update this article once we hear back.

Via NME and Game Informer