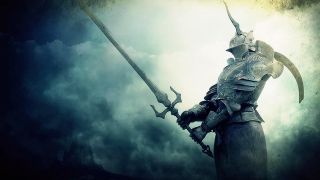 The PS5 finally has a release window ("Holidays 2020"), and now it has its first confirmed game, too.

Bluepoint Games has built its reputation on creating top-notch remasters of classic games. It worked on the Metal Gear Solid: HD Collection, Uncharted: The Nathan Drake Collection, and it's pitch-perfect rebuilding of Shadow of the Colossus for PS4.

And now it's turning its attention to the PlayStation 5, as revealed alongside fresh details on the next-gen console direct from Sony itself.

But what could it be?

"We're working on a big one right now. I'll let you figure out the rest," Bluepoint Games president Marco Thrush revealed in an interview with Wired. There's the chance it could be a brand new IP, but with Bluepoint stating during its GDC 2019 presentation that its next game would be a "re-envisioning" beyond even the scale of Shadow of the Colossus, that's quite unlikely.

So what could it be rebuilding in its own way for next-gen machines?

The games rumor mill has been alive recently with claims that Demon's Souls, the PS3 title that kickstarted the Souls series that includes classics like Dark Souls, Bloodborne and Sekiro: Shadows Die Twice, could be Bluepoint's target.

Of the loosely-connected franchises, it's the one that Sony owns the IP to, with the others belonging to Bandai Namco. Even Souls director Hidetaka Miyazaki has said he'd give such a remake his blessing, provided it were "done right" by the studio to take up the mantle. When it comes to remakes, there are few studios more capable than Bluepoint, and few games more worth re-visiting than Demon's Souls.