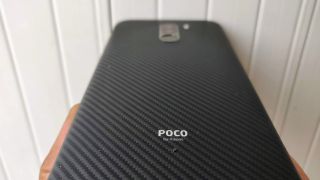 When it launched last year in August, the POCO F1 became the most affordable smartphone with the Snapdragon 845 in it. The phone featured impressive hardware for the price it was retailing at and went on to sell like hotcakes. On Wednesday, the folks over at DxOMark released their score for the POCO F1 awarding it a "respectable" 91 points. Turns out, the closest POCO F1 came to beat in camera performance was the Apple iPhone 8.

According to DxOMark, the POCO F1 shines in capturing stills with its fast autofocus, eye-pleasing colors and accurate white balance. It's got a 92 score in just the Photo tests which reaffirms that the POCO F1 is able to capture nice imagery in well-lit conditions.

"Achieving an overall DxOMark mobile score of 91 points, the Xiaomi Pocophone F1 puts in a very respectable performance in our tests, but lands outside the top 20 in our database for smartphone image quality," reads the DxOMark test on POCO F1. In their tests, DxOMark found out that HDR performance on the POCO F1 was not its strongest suite and some of the pictures shot by the phone with fine details ended up looking not so sharp.

The POCO F1 also doesn't fare well in low-lit environments and as such the camera sensor is not able to pick up details when used in dim light. The phone scores 90 points in the video department which is the same score that's awarded to the iPhone 8. Having said that, the camera features differ for both the phones in respect to the points. POCO F1 matches the exposure and color representation of the iPhone 8 while it shines with its fast autofocus and noise reduction.

While the POCO F1 is not essentially a bad smartphone at all, the thing that it boils down to is the price its being offered for. For Rs 19,999, you get the POCO F1 with 6GB RAM which is the base model and frankly, it's not such a bad deal after all.