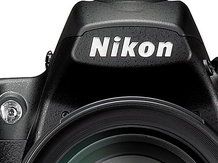 Strong sales in the camera sector have boosted Nikon's profits

Reported by Reuters, Nikon said on Monday that it now expects to earn an operating profit of 86 billion yen, roughly £700million, in the year up to March 2012. This is up 27% on its previous estimate, and also beats the estimate of 74 billion yen given by ThomsonReuters Starmine analysts.

Sales and profit on DSLRs, lenses and compact cameras were highest for an April-June quarter, even with a strong yen cutting into profits.

Nikon is quoted as saying that it was helped by quick recovery after the earthquake and tsunami in March.

Operating profit in the April-June quarter more than tripled from the same period last year, with Nikon stating that the strong pace of camera sales would continue.

Nikon expects sales of DSLRs to jump by over a quarter in the year to March 2012 to 5.4 million units, while compact camera sales are expected to grow by 9% to 15.5 million units. Lastly, interchangeable lenses are forecast to gain 20% to 7.6 million units.

Main rival Canon, which has also lifted its forecast, was also said to be helped along by a speedier than expected recovery after the earthquake.

TechRadar is currently waiting on a response from Nikon UK about how the news effects the UK market.