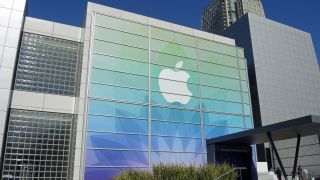 The US Department of Justice (DOJ) has filed a motion seeking to force Apple to comply with a court order that it create a backdoor into the iPhone.

The DOJ filed the motion Friday, after Apple was reportedly given until February 26 to respond to the court order that it help the FBI crack an iPhone 5C used by one of the shooters in the 2015 San Bernardino, Calif. terrorist attack.

"Apple has attempted to design and market its products to allow technology, rather than the law, to control access to data which has been found by this Court to be warranted for an important investigation," the motion reads. "Despite its efforts, Apple nonetheless retains the technical ability to comply with the Order, and so should be required to obey it."

Despite the reported extension, the DOJ believes Apple CEO Tim Cook's customer letter from earlier this week makes it "patently clear" the company has no intention of complying.

Here's how the DOJ's argument breaks down: Apple has previously complied with "a significant number of orders" in accordance with the All Writs Act of 1789, which the FBI is invoking in this case. It also has the technical ability to help, the DOJ asserts.

So, why do the feds believe Apple is saying "no" now?

Apple's refusal "appears to be based on its concern for its business model and public brand marketing strategy," the department writes.

Later, the motion outlines that "Apple appears to object [to assisting] based on a combination of: a perceived negative impact on its reputation and marketing strategy were it to provide the ordered assistance to the government, numerous mischaracterizations of the requirements of the Order, and an incorrect understanding of the All Writs Act."

In other words, Apple is refusing in part because it would look bad if it helped, and it looks good that it isn't.

The DOJ goes on to argue Apple wouldn't be putting other devices at risk by creating software to access encrypted data on the shooter's iPhone, and that the company could destroy its creation after it served its purpose.

Cook's response to the notion of a backdoor for "just one iPhone" is that it ignores the basics of digital security and would indeed create a master key to encryption that could be used over and over, on any device.

The Cupertino-based company has been joined by other technology firms (like Google) in arguing that breaking its own encryption could put the privacy and security of the public at risk. Tech leaders have said a "troubling" precedent would be set if Apple did what the FBI is asking.

We've asked Apple for comment on the DOJ's motion, and will update this story if and when we hear back. (Update: Apple executives revealed a critical new detail in the company's battle with the government in response to the DOJ's motion.)