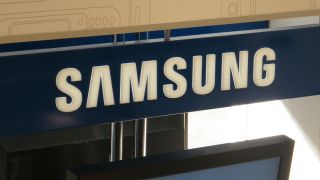 Samsung is reportedly preparing to scale back its chip production in anticipation of losing a good chunk of business from Apple as a CPU customer.

According to Digitimes, which cites unspecified industry sources, Samsung is considering a delay in the construction of a new Line-17 semiconductor plant.

The facility is officially scheduled to begin mass production in early 2014, but may get pushed back as Apple shifts its CPU orders away from Samsung to Taiwanese Semiconductor Manufacturing Company (TSMC).

Digitimes has not always proven to be the most reliable source when quoting anonymous informants, but this is hardly the first time that the future of Samsung and Apple's chip distribution partnership has been brought into question.

Let's call the whole thing off

The bad blood between Samsung and Apple has been boiling for quite some time through constant patent disputes, the latest of which was just filed this week against the Galaxy Tab 10.1 and Android 4.1 operating system.

As a result the relationship between the two firms has reportedly deteriorated, and the companies may part ways after existing contracts expire.

Until recently, Samsung has been the sole supplier of the CPUs Apple uses in all of its iPhones and iPads, along with various other chips and components.

Apple has since scaled back its reliance on Samsung, and expectations throughout the industry suggest TSMC will produce chips to power the next iOS device using its advanced 20-nanometer manufacturing process.

Samsung is soldiering on despite rumblings of losing Apple's patronage, claiming top marketshare among smartphone manufacturers and hinting at a radical new redesign to unveil at the Consumer Electronics Show in January.