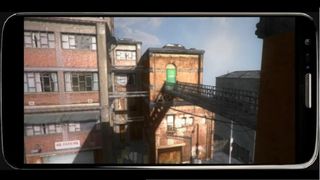 Trust us, you should be excited about this

Last year, TechRadar took a peek at Imagination's PowerVR ray tracing technology in action and it got us very, very excited. And the developments we're seeing today are even more promising.

Imagination has just shown off a demo of its PowerVR ray tracing in action in a hybrid rendering demo. Not only does ray tracing product wonderfully lifelike graphics, it does so at incredible speeds - and the aim is to get it into consumers GPUs soon.

"These are the features that ray tracing can improve in terms of mobile gaming," Imagination Technology PR Specialist Alexandru Voica told TechRadar. "We've taken the Unity 5 game engine and then we did all the work that was required to add ray tracing inside the game engine."

Cut out all the jargon, and what you're left with is a glimpse at the next revolution in mobile gaming. As for when you'll start seeing it for real, Imagination says you'll have a short while to wait.

"Our expectation is that sometime within the next year we'll be delivering some dev kits to select developers," said Voica, who told us that there was a lot of interest shown by devs at GDC 2014.

"And then in terms of actual devices, when you're adopting a new technology like ray tracing, it usually takes about two to three years between a company licencing the design and then an end product coming to market"

You can go read all about it over on Imagination's blog here.