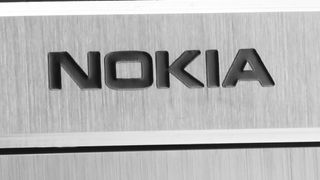 Nokia's got something in the works - we just don't know what

Nokia and Microsoft have been in bed together for - scratch that, the companies are practically married at this point.

So why does Nokia appear to be hiring an Android expert?

The Finnish device maker recently posted a job ad on LinkedIn seeking a Linux expert to work in a "start-up environment." The phrases "exciting new products" and "mobile phone technology" were also used.

The posting, suspiciously made inactive and inaccessible as of midday Friday, was titled "Principal Software Engineer, Embedded Linux Middleware."

Linux is the underlying structure of Android, leading to speculation that by saying the former, Nokia was really asking for something a little more droidy.

Gizmodo UK brought Nokia's job ad to light, and though the tech blog also raised several other explanations for the listing, it refuted each of them in turn:

First, there was MeeGo, an open source OS backed by Nokia, Intel and Samsung. Only Nokia cut MeeGo support in 2011, at which point Samsung and Intel started the Tizen OS project, likely nailing a sign on the door that reads "No Nokias allowed."

MeeGo, by the way, was later reincarnated - by ex-Nokia employees.

Then, there was Meltemi, a would-be budget OS based on Linux and ditched by Nokia over the summer.

There's one more possibility: that Nokia is simply working on a Nokia Maps app (or other Nokia apps) for Android devices.

But how will Microsoft react if Nokia really is working on an Android device? Getting in bed with the competition is usually a path to certain heartbreak.

TechRadar reached out to Nokia for more details, but the company has yet to respond.