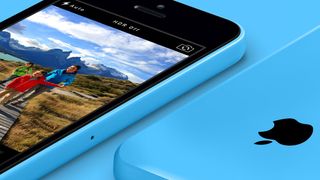 What will succeed the iPhone 5C?

We're hearing all kinds of reports about what Apple has planned iPhone-wise for 2016, from disappearing headphone sockets to a budget replacement for the venerable iPhone 5C.

Now a report from Chinese site MyDrivers suggests the Cupertino company is working on a new iPhone 5E model – that's 'e' for 'enhanced' by the way. It would effectively be an upgraded iPhone 5S.

The handset is tipped to feature an older A8 processor, 1GB of RAM and a compact 4-inch screen, making it very much one for those with less money to spend, as well as smaller hands. 16GB and 64GB storage options are rumoured to be in the pipeline.

If MyDrivers is right, the phone will come with slightly curved glass (as on the iPhone 6 and iPhone 6S models), as well as support for Apple Pay. A price point of around $500 (£345/AU$710) has been mooted.

Is this the same phone as the iPhone 6C? Or something else entirely? Some industry pundits are expecting an Apple event in March at which the second-tier iPhone will be launched alongside the Apple Watch 2.

MyDrivers isn't the most reliable of sources as far as iPhone rumours and leaks are concerned, so don't buy any iPhone 5E cases just yet. But it's interesting to speculate on what Apple might be planning as it looks to refresh the cheaper end of the iPhone line-up.