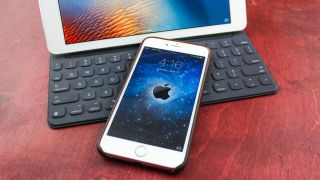 If you were tuned into our coverage of WWDC 2016 then you'll know that iOS 10 is going to collect more data about its users to better personalise the mobile OS. Apple is adopting a technique it's calling "differential privacy", where it will intelligently gather information without gaining access to anything personal or sensitive.

Speaking to Re/code, Apple has clarified a little bit more about how this differential privacy is going to work in the next version of iOS. First of all, it's going to be completely opt-in - if you want to let Apple collect data on you in this way, then you're going to have to flick a switch that says so.

Secondly, there are four specific types of data Apple is collecting to begin with: new words added to local dictionaries, emojis typed by users, deep links used inside apps (and marked for public indexing) and lookup hints within notes.

What's more, a lot of the predictive and proactive parts of iOS will remain entirely on the device, with nothing transmitted back to Apple's servers - just in case you were worried about the times and dates of your dance classes being spied on by engineers sitting at their desks in Cupertino.

Apple is continuing to differentiate itself from Google as much as it can on the issue of privacy, even as the influence of personal assistants like Siri and Google Now is growing - but it seems users are ultimately going to have the option of trading a little privacy in return for a more helpful AI.

Also on the way in iOS 10 this autumn are improvements to lock screen notifications, a streamlined Control Centre, more 3D Touch shortcuts, Siri support for third-party apps, better photo recognition and a host of other features.

Check out everything you need to know about iOS 10 in two minutes: