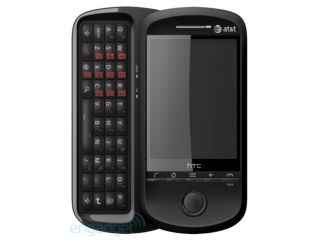 The Lancaster - out of 'arms way

HTC's long-awaited Lancaster Android phone looks like it's been scrapped, if rumours from the US are to be believed.

AT&T, the US network, was supposed to be launching it as its first Android phone, and any Google handset HTC makes always finds its way over to the UK (if it's not here before).

But according to Engadget, the whole project has been scrapped for an unknown reason, meaning we won't be getting the QWERTY version on the HTC Magic after all.

It's a kind of Magic

Well, it's not quite as good as the Magic, as it brings only a QVGA screen and fixed, rather than auto, focus on the camera.

Other than that it was pretty much identical, and we liked the fact it was only 17.1mm thin, meaning even with a keyboard it wouldn't be a behemoth.

Ho hum, guess we'll have to wait for the next one on the list - anyone for the Fiesta?