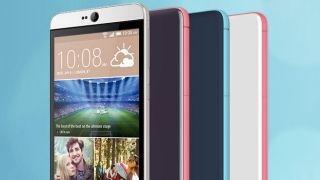 With the M9 expected later, this could be the biggest CES announcement we get from HTC

That already puts it at the upper end of the mid-range, but it's also set to run Android 5.0 Lollipop out of the box and has a four-UltraPixel front-facing camera, which should help selfies come out better when the light isn't perfect.

Like most HTC phones it's got front-facing BoomSound speakers and looks like a solid handset, though how desirable it is will largely depend on the price, which hasn't been revealed yet.

We do know though that it's set to launch in the Asia-Pacific region later this month. Hopefully it will then move on to the rest of the world, but again that's not yet been revealed.