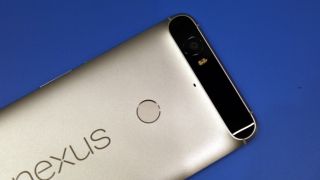 Update: Reliable Twitter source LlabTooFer has confirmed more details on the rumoured HTC Nexus phones and suggests the devices already have codenames of T50 and T55.

Original: The Nexus 6P and Nexus 5X only emerged back in September, so it's likely that we're many months off seeing 2016's Nexus phones, but we're already hearing whispers about who might be making them.

According to a post on Weibo by Mocha RQ, HTC is in line to make both Nexus phones this year, which would be a big win for the company given that Google usually splits the workload between different manufacturers.

Details of these handsets are thin on the ground, but the same leak points to 5.0-inch and 5.5-inch screen sizes, down from the 5.7-inch and 5.2-inch sizes we saw last year.

That would make a certain amount of sense, as 5.7 inches seems a bit large for mass market appeal, even for a phablet.

Techradar contacted HTC to see if the brand would confirm the rumor - or even just admit it was open to working with Google to make the new Nexus duo - but the company declined to comment on the possibility.

Handing HTC the reins wouldn't be such an odd choice either, as the company has a lot of experience with the Nexus brand, from building the original Nexus One to the more recent Nexus 9.

We'd still take this rumour with a massive helping of salt, as it's very early to be hearing about new Nexus phones and it's not clear where the tipster got their information from.

It's also at odds with another early rumour that suggests Huawei could be in line to make one of this year's phones.