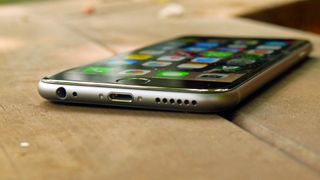 A new report suggests Apple is working to shore up iPhone security even further so that the devices are virtually unhackable. That will mean that even the methods the US government is seeking be used on a terrorist attacker's phone will be impossible, even by Apple itself.

The word comes from The New York Times, speaking with "people close to the company and security experts," that Apple engineers are working hard to create the new security measures. There's little doubt among experts that it will succeed in its efforts.

Apple is embroiled in a battle with the FBI to unlock the iPhone used by San Bernardino terrorist attacker Syed Farook. The FBI has filed a court order seeking to force Apple to build software to circumvent the locked iPhone's security features. Apple has slammed the order, saying it would endanger all Apple customers' privacy and set a dangerous precedent.

According to the NYT, it's the loophole that allows for a software update - even on a device where the password is unknown, as in this case - that Apple wants to close. The vulnerability was designed as a troubleshooting measure to fix malfunctioning iPhones, but it's now at the center of Apple's fight with the government.

The company is said to have been working on a fix to this vulnerability even before Farook and his wife carried out the December 2, 2015 attack, and Apple executives indicated in a call last week with reporters that a solution to it was forthcoming.

The fix would prevent even Apple from cracking the phone in the very manner it created, but it's more than likely that Apple is willing to accept that.

Closing the vulnerability would present a huge technical hurdle to the FBI, even if the feds score an on-paper win in its current case against Apple. If the government comes back with more court orders seeking Apple security solutions, the Cupertino firm could counter with more technical fixes, the report indicated.

Apple has until Friday to formally challenge the FBI's court order. The Department of Justice has also filed a motion seeking to force Apple to comply.

Experts told the NYT that Congress needs to step in, otherwise this case will continue reaching impasses as Apple builds fixes to vulnerabilities that the FBI files court orders seeking to exploit. Apple CEO Tim Cook has also called for Congress to create a commission to discuss the case.

Apple may be working to protect users privacy as well as itself from further government action, but perhaps the biggest catch for Cupertino - or any tech company, for that matter - in building stronger security is usability. If security measures ruin the user experience, they're ultimately not going to work for Apple. And that may be its biggest challenge.