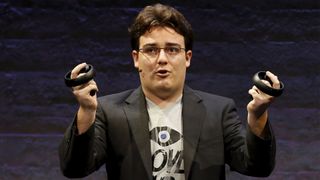 Oculus founder Palmer Luckey has spoken out on the long-term future of VR headsets, and what's holding back the technology his company helped to popularize.

In a blog post on his personal website, Luckey seems to cast doubt on the strategy of Oculus' new execs, who are bringing down specs and costs for new Oculus models, aiming for a more mass market appeal.

"You could give a Rift+PC to every single person in the developed world for free, and the vast majority would cease to use it in a matter of weeks or months", says Luckey.

Luckey cites "quality of experience" as the main reason users aren't sticking with VR, rather than price, using the term "stickiness" to describe the kind of continued long-term engagement still seen little outside of hardcore technology enthusiasts.

He then calls for "better hardware, broader content, and a deep understanding of how to best interface with a human perceptual system that varies significantly across age, gender, and race".

The comments come only weeks after co-founder Brendan Iribe departed from the company, amid reports that production of a higher-spec Oculus Rift 2 headset had been cancelled.

Virtual reality hardware has largely failed to attract as much interest from consumers as it has from investors - and while the likes of HTC, Oculus, Sony, Google, Lenovo, and Asus have been hard at work iterating on more consumer-friendly VR, the hype has yet to translate to the kind of mass-market adoption many had forecast.

The move towards untethered headsets, such as the Oculus Quest and Vive Wireless Adapter, will likely remove some of the barriers for VR adoption in the home. With the rise of VR arcades and site-specific experiences, however, it may be that VR is finding its own home elsewhere.