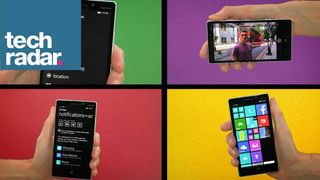 Leaks and rumours about upcoming Nokia smartphones seem to be never ending! So far we have heard about a flagship smartphone that will come with the Snapdragon 820 processor and Zeiss optics as well a mid range device dubbed the Nokia D1C.

Now, fresh information has leaked regarding a low end device by Nokia which is strangely enough codenamed ‘Pixel’. Google Pixel name references aside, this device is as far as possible from Google’s flagship handset.

The ‘Pixel’ is rumoured to come with 1GB of RAM and a quad-core 1.1GHz Qualcomm Snapdragon 200 processor. These are decidedly low end specifications and point to an entry level device by Nokia to rival the like of the Moto E.

The device was spotted on the smartphone benchmarking portal GeekBench, where it scored a rather lowly 404 and 644 points in single-core and multi-core tests.

The device is set to come with Android 7.0.1 Nougat and will join the Nokia D1c and the upcoming flagship to make up an entire range of Nokia Android smartphones to look forward to.

Now, new details of Nokia’s upcoming Android smartphone have surfaced online. The latest leak points to the flagship handset having a 5.2-inch or a 5.5-inch QuadHD display (2K).

Additionally, the device is set to be powered by the Snapdragon 820 processor which is a bit disappointing considering that the world has moved on to the Snapdragon 821. In fact, Qualcomm has just announced the Snapdragon 835 which the Samsung Galaxy S8 is tipped to come with.

The smartphone is also said to come with Zeiss branded optics as seen on earlier Nokia devices. Taking Nokia's history with imaging into account, the camera is sure to be a highlight of the device.

While leaks and rumours regarding Nokia’s upcoming mid-range device, the D1C have been floating about for weeks now, this is the first time we have seen some information regarding its flagship handset.

The D1C is set to come with rounded metal edges, with capacitive buttons at the front and volume and power buttons on the right. What is interesting is that the Gold color variant of the device is expected to come with a fingerprint scanner embedded in the Home button, while the other color variants (White and Black) will lack this feature.

The D1C will come with a 64-bit Qualcomm Snapdragon 430 octa-core processor, 3GB of RAM, 32GB of internal storage, a fullHD screen (display size uncertain) and the Adreno 505 GPU.

While not confirmed, the device could come with a 13MP front and 8MP rear camera, with Android 7.0 Nougat on board. On the connectivity side, the device is set to support 4G LTE, Wi-Fi Bluetooth 4.0 as well as GPS/A-GPS.