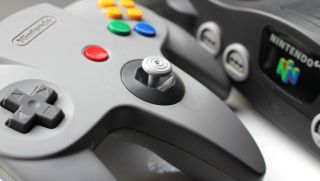 We're hoping that all these console remakes will prompt Nintendo to remake the console that the vast majority of millennials grew up with: the Nintendo 64.

That said, if Nintendo loves money as much as the next business, then it’ll probably be carefully considering making a Nintendo 64 Classic Mini very soon.

With the SNES Mini now on shelves and in homes, selling out faster than stars at a Mario party, Nintendo needs to turn its attention to the next console in its storied history, the Nintendo 64, and get it placed under the company’s shrink ray.

And from these leaked images, that could be happening sooner rather than later.

The historical value of the N64

Nintendo’s first console capable of true 3D gaming, the Nintendo 64 was released in 1996, and went head-to-head with Sony’s original PlayStation. Though it was the first time Nintendo’s console crown began to look a little shaky on its head, it still laid claim to some of the greatest games of its generation – and certainly many N64 titles hold up better to modern scrutiny compared to their Sony counterparts.

While its solid 3D visuals impressed, the console broke new ground in other areas, which still resonate strongly today, and helps it remain a relevant machine, ripe for revival. From its turn-on-a-dime analogue stick to its rumble-pak equipped controllers, the N64 may have had a relatively small game library, but its hits were stone cold.

There’s evidence for and against it being Nintendo’s next project. For starters, a trademark document was recently uncovered with the European Union Intellectual Property Office (EUIPO). Filing number 016991325 points to an image of a Nintendo 64 controller, showing the company legally suring up the defences of its trident-shaped pad for some future purpose.

However, there’s a few hurdles that Nintendo would have to jump in order to get the N64 Mini out onto shelves in a way that’d make financial sense for the company, which could throw the whole enterprise into jeopardy.

Firstly, the console itself is a more complex machine than the SNES and NES decks that preceded it. Its 3D graphics were more demanding, requiring more complex internal hardware, while it’s controller was a bulky beast, which would require a more costly production run. It’s worth noting that the SNES and NES Mini’s also share the same internals, meaning that, software development aside, Nintendo merely needed to build a new shell to get the miniature Super Nintendo to market.

And then on top of that, there’s just the little tiny issue of the fact that (gulp)... Microsoft effectively owns the intellectual property behind some of the N64’s best games.

In 2002, Microsoft bought British games company Rare, a key talent under Nintendo’s wing during the N64 era. It was responsible for the likes of Donkey Kong 64, GoldenEye, Banjo-Kazooie and more of the console’s classics.

As a result, getting these to the mini machine would be a complicated, and potentially costly process. And things get only more complicated with games like Rare’s GoldenEye, or the fantastic Star Wars: Rogue Squadron, which are based on other existing licences. It’s not going to be a straightforward build should Nintendo commit.

A work-around for missing games?

If you’re an intrepid gadget tinkerer, there may be hope for getting missing games onto any eventual N64 Mini – at least if the SNES and NES Mini consoles are anything to go by.

Hackers were easily able to get access to the inner workings of those existing consoles, and built a tool for putting ROMs and homebrew onto the little SNES and NES machines. Using ROMs is a bit of a legal grey area, as we’ve discussed before. But in the case of the SNES Mini, there was the suggestion that the console’s makers had considered this and were subtly turning a blind eye to it. Perhaps those with access to missing N64 Mini games will be able to do the same.

More of the same, essentially! The SNES Mini added further refinements to the tiny console formula, and, with a few minor tweaks, the N64 Mini could see the form perfected.

There’s plenty from the previous minis we’d like to see making a comeback – the convenience of pre-installed games, modern connections like USB for power and HDMI for video and audio, as well as software save states and rewind functionality. Frames for 4:3 games displayed on widescreen are welcome too, as are filters to spruce up the ageing visuals.

Currently, to view the manuals of the games on the existing mini consoles, you have to scan a QR code and be sent to a corresponding webpage. All that faff just won't do. Let’s have the manuals – so often full of wonderful SNES-era artwork – baked into the console’s storage itself, letting everyone revel in this rapidly disappearing artform.

The SNES Mini’s controller cables may be significantly longer than the laughable NES Mini’s, but they’re still too short to sit on the other side of the room with and play. Let’s make the N64 Mini’s a good ten feet long, eh Nintendo? Or perhaps wireless and rechargeable straight out of the box? If cables are a necessity, a standardised connection such as USB, perhaps letting them work with other consoles or computers, would be appreciated too.

There’s something quite nice about the fact the previous Mini’s have been offline-only affairs. There’s no Wi-Fi dropouts to worry about, no always-on connected requirements, no notifications to interrupt your sessions. But we’d still like a (legal) way of getting more games on the machines.

A Wi-Fi connection and dedicated N64 store front would be a welcome addition – and could offset the price of getting the afore-mentioned troublesome licensed games onto the console, if they were optional paid-for extras. Bluetooth for controllers would be useful, too. Alternatively…

Now, this would be convenient work around those licensing issues, wouldn’t it? If you had the original carts, you could simply just plug them in – though it may make the machine a little less “mini” than its forebears. Perhaps a plug-and-play external accessory could add such support?

What’s an N64 without four-player support? It was perhaps the defining feature of the N64, being (for its day) the most accessible four-player machine out there. With four controller ports on the front, you simply plugged your pads in and were good to go – no need to faff about with multi-taps. However, size may be a constraining factor here, further reinforcing the need for wireless pads.

...or a controller button combo shortcut with the same effect. Having to get up and press the reset button every time you want to change game, as the current Minis require, is a bit of a pain, easily rectified by the addition of a Home button or command to jump back out to the main menu.

With a smaller overall library of games, we wouldn’t be surprised if the N64 Mini came with fewer packed in games than its predecessor, especially considering the licensing limitations.

But lets imagine in an ideal world it matched its predecessor's 21 pre-installed titles. Which would we want to see included? These ones:

The Legend of Zelda: Ocarina of Time

The Legend of Zelda: Majora’s Mask