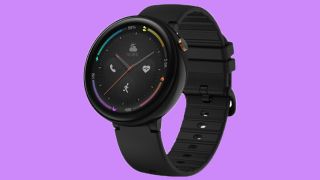 Chinese manufacturer Huami spent the first half of 2019 bringing out a new series of watches including the new Amazfit Verge 2 and Amazfit Bip Lite, and it seems these new devices will soon be on sale worldwide.

Huami has often brought its Amazfit devices to markets like the US and UK eventually, after they launch in China, but it often takes a few months. A new piece of information suggests its latest series of watches are nearly ready for an international release.

Recent Bluetooth SIG filings - that's the body that certifies devices that use Bluetooth technology - have been spotted with wearables listed such as the Amazfit Bip Lite and Amazfit Verge Lite, meaning these could be coming to non-China regions soon.

One device listed is called the Amazfit Smartwatch 2, which isn't a name we've heard for devices available in China. It may be this device is actually the Amazfit Verge 2 but with a new title.

There's also a device called the Amazfit Nexo, but we don't currently know what device that refers to. It may be that is also the Amazfit Verge 2 in all but name, but we likely won't know the answer to that until these watches come to market.

It's worth noting the newly announced Amazfit GTR isn't included on this list so it's likely we'll have to wait before that watch comes to the US and beyond.

Right now, we don't know when these devices will be ready to launch. If they're already going through the Bluetooth SIG certification phase it's likely we'll be seeing them sooner rather than later, but for now it's good to know Huami intends to bring the wearables to new markets.