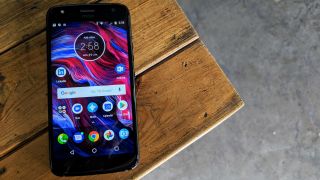 When Motorola launched the Moto X4, we all wondered why the device didn't have Oreo out of the box. To that end, the company has now announced a new variant of the device, that sports Android 8.0 and has 6GB of RAM. And for that, Motorola wants you to pay Rs 2,000 (it's worth Rs 24,999) over the phone's original price.

Should you spend the money? Here are three questions we can answer right now.

Can you feel the 6GB RAM in regular usage?

To be frank, you can't. The Moto X4 has gobs of memory, but it still has a slow-ish feel to it. That's not to say that the Moto X4 is slow, it just doesn't qualify as “snappy”. It's unclear how Motorola uses the extra 2 gigs of RAM, but they say one can never really have enough memory. In the long run, 6GB memory is indeed better than 3/4GB. It simply means your phone will not slow down as fast as the older variant does.

For the longest time, Motorola's strategy has been to introduce a feature and then remove them if Google comes up with an Android version for the same. We saw Moto Voice in the first generation Moto X, years ago and it's back. It's even better in some ways,

The wake word is “Show Me”, which feels distinctly more intuitive than “Ok Google” or “Alexa”. It's not as powerful as the Google Assistant, but it can still do some useful things. For instance, you can say “Show me Calendar” from the lock screen and it will. It's just simpler than saying, “Ok Google, show me my calendar”.

Moto Voice can do this with any app on the phone. What it can't do though, is provide deeper insights. Being a Moto solution, it's not omnipresent on your phone like the Google Assistant. That might be good in terms of privacy, but if you're hooked to Google Assistant, you may find Moto Voice rather weak.

We do think it's a good solution though.

Like Moto Voice, Moto Display is nothing new per se. But Motorola has made some additions here as well. There is deeper integration for notifications on the Always On display. For instance, you can respond to texts without waking the screen up.

Who should buy this?

The more relevant question here is whether you should actually buy this. Increasing the amount of RAM here does help but at Rs 24,999 the value proposition is still somewhat weak. The Moto X4 is a well designed smartphone, and it has most of the specifications consumers want. Yet, it's neither the fastest phone, nor the best when it comes to shooting photos.