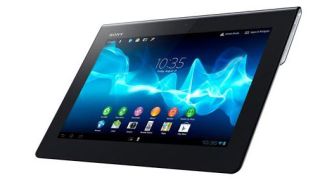 Sony's Android tablet back on shelves later this month

Manufacturing defect resolved, the Sony Xperia Tablet S is about to make a triumphant return to retail stores, just in time for the 2012 holiday season.

Xperia Blog reported Monday that Sony would resume sales of its 9.4-inch Xperia Tablet S beginning in mid-November after a manufacturing defect left some units susceptible to water damage.

A small gap between the display panel and the back case could allow liquids to leak through the Android-powered tablet's otherwise water-resistant casing.

That defect was enough for Sony to suspend sales of the Xperia Tablet S in early October, when the company began offering a free inspection and repair service in many territories where the tablet was offered.

Back on the shelves

A spokeswoman for Sony said the issue affected only a "limited number" of Xperia Tablet S units which "may not meet our splash-proof specification."

If you own an Xperia Tablet S and haven't had it inspected yet, the program is ongoing and "provides customers with an easy process to repair or replace their affected device, at no charge."

"Customer satisfaction is extremely important to us and we always strive to provide a positive customer experience," the Sony representative told TechRadar on Thursday. "We regret any inconvenience this may have caused our customers."

Sony also confirmed the company's plans to resume Xperia Tablet S sales this month in the U.S. "at all our major retailers."