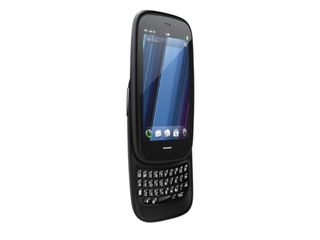 The Pre 3 is the last webOS gadget

The decision means that HP will halt production on the TouchPad tablet and the Pre line of smartphones with immediate effect.

The company says it is examining the options to bring webOS, which once showed such promise, to other sectors, but for now it will go in to hibernation.

"HP plans to announce that it will discontinue operations for webOS devices, specifically the TouchPad and webOS phones," the company said in a statement.

"HP will continue to explore options to optimize the value of webOS software going forward."

Despite heavy fanfare, the HP TouchPad tablet, boasting the webOS software has been largely considered a huge failure.

An early $100 price cut in the US has failed to spark sales, with the distinct lack of apps and the ever-present shadow of the similarly priced iPad failing to encourage consumers to part with cash.

Just this week HP launched the Pre 3 in the UK, with absolutely no promotion behind it. That might be explained by today's statement.

The halt in production officially spells the end of the dream for Palm, the former PDA frontrunner, which looked all set for a dramatic comeback when the first Pre hit the scene at CES 2009.

App developers never got on board with webOS despite its initial promise, and hardware flaws like the sharp edges and tiny keyboard meant the Pre series never really got out of the gate.

It seems the failure of the TouchPad was the straw that broke the camel's back for HP, which will now look for ways to salvage webOS and the hefty investment made to acquire it.

HP bought out Palm for the webOS software for $1.2 billion in April last year.