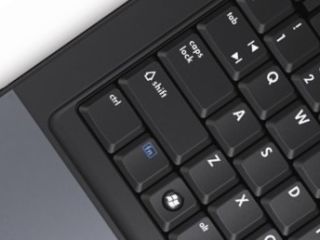 If you are working from home or on the move, make sure you are not at higher risk of suffering RSI, warns Microsoft

Work-related RSI cases are at an all-time high and the cost to businesses is spiralling as staff are working on the move more than ever before, claims Microsoft in a new study released today.

Microsoft’s research – based on a poll of over 1,000 office workers - reveals Repetitive Strain Injury cases have soared by more than 30 per cent over last year, “costing businesses over £300 million in lost working hours” with the blame pinned squarely on the increasing trend for ‘mobile working’.

Microsoft claims that office-based employees “are now working on the move for an average of an hour more per day than they did two years ago using laptops and mobile devices.”

The research also claims that an alarming 68 per cent of those office workers polled suffered from aches and pains such as “back ache, shoulder pain and wrist/hand pain as a result of working whilst in transit in cramped or awkward positions,” adding that “that those working for smaller companies are most at risk.”

Microsoft pins the problems, such as what it terms ‘Blackberry Thumb’ down to a “worrying lack of knowledge about the risks that is leading to millions of working hours being lost to a crippling injury labelled.”

The upshot is that Microsoft recommends that offices should be equipped with ergonomic hardware – such as ergonomic articulating keyboards, monitor arms, footrests, copy holders, ergonomic mice, laptop holders and ergonomic chairs - that can significantly reduce the risk of RSI, with less than half of UK workplaces currently having an ergonomic hardware programme in place.

John Allen, Managing Consultant at The Royal Society for the Prevention of Accidents (RoSPA) says of the risk. "We are shocked that this research indicates that the number of office injuries is on the increase due to companies not taking the right actions in investing in their staff's wellbeing. This issue needs to be addressed and companies should start assessing the risks and investing in ergonomic solutions where they are needed."

Microsoft’s Sophie Barnave-Gaffney added, “Clearly, there is an enormous lack of understanding about the need for ergonomics within the work environment and Microsoft has recognised that companies and employees can benefit enormously by implementing a few simple and cost effective measures. This is why we are putting such a focus on ergonomic hardware, in particular mice and keyboards, to reduce the number of work related injuries.”

TechRadar will be speaking with Microsoft's Barnave-Gaffney and the team behind the RSI research later today, so we'll bring you further details on this story later this week.