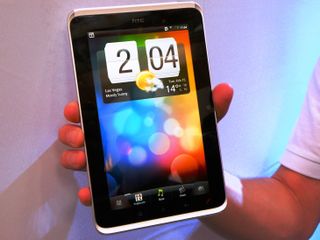 Will the HTC Flyer fly off the shelves?

HTC has announced that its Android tablet, the HTC Flyer, will be available in shops across the UK and online from today, 13 May.

Friday 13th may be unlucky for some, but not for Flyer fans with both the 3G and Wi-Fi only models now available.

Yesterday, Three's 3G pricing for the tablet was revealed, with the 3G model available for £169 up front and £25 a month for two years.

An upgrade to the tablet-specific Android 3.0 (Honeycomb) OS has been promised, but there's no word yet on when that software update will arrive.