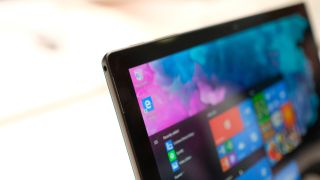 Microsoft is rumored to have a dual-screen device in the works (possibly ready to be given an airing as soon as October), and has some bright ideas about how to make such a foldable work well, with the latest potential innovation being a multi-sided electromagnetic coil for wireless charging.

A what, now? Granted, that may sound pretty boring – and if you read the patent (spotted by Windows Latest), boring will come calling with all its friends (tedium, tiresome and insipidness, perhaps with perplexity tagging along too).

However, dig a little deeper into the many heaped paragraphs of patentese and you’ll find Microsoft has a nifty-sounding trick up its sleeve which could help the likes of NFC and wireless (inductive) charging perform better with a dual-screen 2-in-1.

As Microsoft notes in the patent, the design of a dual-screen laptop can throw up challenges in terms of the many possible orientations of the device (closed, laptop mode, tent, flat on the desk, fully folded back to be used as a tablet).

Microsoft observes: “The multiple physical configurations present a challenge when designing magnetic access to electromagnetic coils inside a computing device, particularly in the presence of metal casing, metal framing, and other metal components.”

The patent further notes that the various different orientations of the dual-screen device represent an opportunity to be able to use the likes of NFC functionality or inductive charging via multiple sides of the device, in whatever configuration it’s being used.

The sticking point is that in some orientations of a 2-in-1, the aforementioned metal elements of the chassis can “fatally diminish operations that rely on internal electromagnetic coils” with functions like inductive charging use.

So, the patent is for an electromagnetic coil that offers multi-sided magnetic access to get around these issues in such a foldable device. Meaning that the 2-in-1 would be given a far greater level of flexibility when it comes to the ability to use something like inductive charging in whatever configuration the hardware is currently in.

As ever with any patented technology, it’s anybody’s guess whether this will actually make the cut for a final product. But it certainly sounds like a clever idea to help with wireless charging on a dual-screen piece of hardware like Microsoft’s rumored Surface Centaurus.