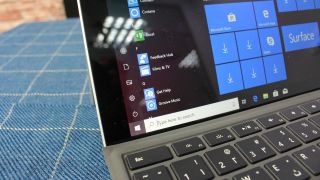 Microsoft recently updated Wi-Fi and Bluetooth drivers across many of its Surface devices, and in some cases, rather than delivering promised performance improvements, Wi-Fi connections have actually been going wrong ever since.

Problems are being reported by folks on Reddit and Microsoft’s own Answers.com forum, as Windows Latest noticed, with gremlins cropping up with the original Surface Book, the latest Surface Pro 6 (and Surface Pro 5), and the Surface Laptop 2.

The issue is with the Marvell Wi-Fi and Bluetooth drivers (v15.68.17013.110) which were recently delivered not just to the Surface Pro 5 and 6, but also all Surface Book and Surface Laptop models.

Following the driver update, some people are reporting that they’ve lost the 5GHz Wi-Fi connection on their Surface device, while others are finding that their Wi-Fi is completely down (both 2.4GHz and 5GHz bands).

Rolling back the driver to the previous version cures the issue, which certainly seems to lay the blame firmly at the door of this update.

Microsoft hasn’t made any official comment on the alleged gremlin yet, and it’s not clear how many devices might be affected, although there aren’t that many complaints at the time of writing, so it may just be a small minority of Surface device owners.

As you may have seen yesterday, the fresh firmware for the Surface Pro 5 and 6 not only included these Wi-Fi improvements (or indeed problems), but also a promise of better battery life.