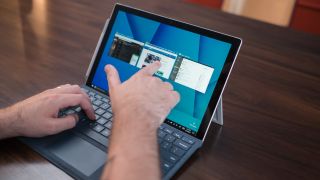 This commitment to fixing the issues comes from a number of posts on the Microsoft Answers forum, where users can ask the community, which includes Microsoft representatives, for help with any issues they have.

Various Surface issues have been raised in the forums, and replies by Microsoft representatives give hope that Microsoft is actively working on addressing these problems.

Computerworld has listed a number of issues posted in the forums and Microsoft’s replies to them. For example, in a thread about battery issues, a Microsoft representative stated that “We are aware of some members having the same battery issue with their Surface”, and that Microsoft was attempting to replicate the issue in the lab, indicating that it is looking for a solution.

In another thread about issues with the Surface Pro 4 Type Cover, a Microsoft representative says that “There will be an incoming update for Windows that can resolve your concern with your keyboard.”

Microsoft is pushing its Surface lineup of devices as premium showcases for Windows and its other services, and these high-profile problems won’t help, so it’s good to see that it appears to be listening to its customers and working to address any problems.

It also shows that if you are having an issue with your Surface device – or any Microsoft product – highlighting it on the Answers forum is a good way of getting an official Microsoft response.