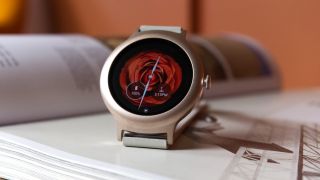 LG hasn't announced any new smartwatches since early 2017 when it unveiled the LG Watch Style and Watch Sport alongside the Android Wear 2.0 update, but it seems the company may soon be ready to launch two new watches.

A new report from YonHap News claims the company will have two new watches ready to launch before the end of July.

Both of these devices are rumored to run Google's Wear OS software, and one may be the product we've heard referred to as the LG Watch Timepiece.

Our best guess before this news was LG would be launching both at IFA 2018 in August, but this may now just be a separate launch for the company.

The Timepiece is rumored to have an OLED screen but have real hands laying over the top of it so you can still tell the time when your smartwatch battery has died.

It's an interesting way of blurring the line between a hybrid and a fully-fledged smartwatch, but we've seen it before on the MyKronoz ZeTime watch.

Other rumors for the Timepiece include it being powered by the Qualcomm Snapdragon Wear 2100 chipset, 768MB of RAM and sporting 4GB of internal storage. We don't currently have much word on the other Wear OS devices.

Previous rumors have suggested both these new watches won't sport cellular tech, GPS or NFC though, so these may not be the top-end smartwatches some have been hoping for.