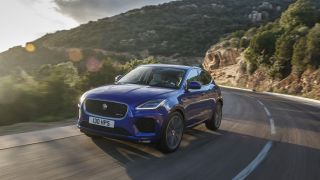 One of the main advantages of self-driving cars is the ability to get work done during the time you'd normally be driving. However, if you suffer from motion sickness, that could leave you feeling green around the gills. To solve that problem, Jaguar Land Rover is developing a system for autonomous cars that will detect motion sickness in individual passengers and automatically adjust settings until they feel better.

Motion sickness happens when the information received by your eyes is different to the signals from the rest of your body (including your skin and inner ear), particularly when you're reading in a car. It affects over 70% of people, but according to Spencer Salter, wellness technology researcher at Jaguar Land Rover, until now "little has been known about the causes and how to mitigate them".

The company collected over 15,000 miles of data on car sickness and tested the effects of carrying out tasks like checking emails while in transit. It used this data to create an optimum driving style for self-driving cars to work towards, limiting the need for steering corrections and therefore reducing the risk of passengers becoming queasy.

Jaguar Land Rover's system calculates a 'wellness score' for each person in the car using biometric sensors, and updates it throughout the journey. It combines this score with motion and dynamics data, enabling it to tell whether a person is becoming motion sick before they realize it themselves.

The car could then take various actions to reduce sickness. For example, it could activate the sat-nav's voice so you know when the vehicle is about to turn, dial down the cabin temperature to keep you comfortable, and raise your seat so you can see more of the outside world.

“As we move towards an autonomous future where occupants will have more time to either work, read or relax on longer journeys, it's important we develop vehicles that can adapt to reduce the effects of motion sickness in a way that's tailored to each passenger," says Salter.