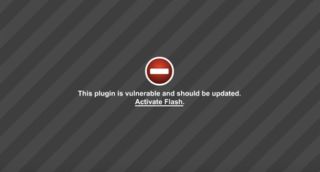 In another sign that Flash is nearly dead, Facebook announced that videos on the social media platform will now load through HTML5 by default.

The company explained that switching to a HTML5 video player made "development easier" and improves "the video experience for people on Facebook," including videos playing faster and reports of fewer bugs.

Facebook says it only waited to roll out HTML5 video players on a larger scale because of older browsers and operating systems where the new web standard doesn't perform as well.

"That's why we waited until today to ship the HTML5 player to all browsers by default, with the exception of a small set of them," Facebook said.

Not a complete unfriending

But Facebook won't completely rid itself of Flash as the network will still use it for games.

"We are continuing to work together with Adobe to deliver a reliable and secure Flash experience for games on our platform but have shipped the change for video to all browsers by default," Facebook noted.