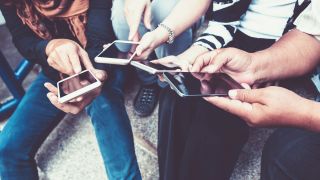 The Indian online smartphone shipment rate has seen a 17% YoY growth in Q1 2019 while the offline smartphone market shipment declined by 4%. This is according to a new Counterpoint Research report, which states that online sales drove the segment to capture its highest ever market share.

If we look at the Indian online marketplace space, it's majorly dominated by multi-brand retail stores like Amazon and Flipkart. However, the new report reveals that Xiaomi has been able to amass 11% of the online market share in the first quarter of this year. Tarun Pathak, Associate Director at Counterpoint Research said, "Offline expansion is a key strategy for the growth of these players. Having said that we believe that the online channel will continue to hold significant importance in a price-conscious market like India.”

Let's take a look at some of the major highlights of the report.

Flipkart is leading the online market space with 53% share

Popular brands like Xiaomi, Asus, Huawei, and Realme have worked wonders for Flipkart along with the regular deals and offers released by the e-tailer. Flipkart has also hosted a Mobile Bonanza sale along with other such events on its platform which have driven the sales of these phones.

Coming second, Amazon India had a speedier growth in Q1 2019 and currently holds 38% of the market share. This is mainly due to brands like OnePlus, Xiaomi, Samsung and Huawei. The report states that Amazon received volume orders for products like OnePlus 6T, Samsung M-series and Xiaomi Redmi 6A, to name a few.

With the launch of its revamped mid-range series, the Redmi Note 7, Xiaomi was able to double down on sales and as a result, now dominates the online space with 43% market share.

The company was also able to boost its online e-store as it captured 11% market share when it comes to the sales channel in India.

The report also reveals that Redmi 6A was the most popular selling smartphone in the first quarter this year. Another interesting tidbit-- six out of the top ten best-selling phones that were sold in Q1 2019 were from Xiaomi.

With the launch of the M-series earlier this year, Samsung implemented a flash sale model as the phones were online exclusive. This has strengthened Samsung's stake in the Indian smartphone market and allowed it to grow by 15% in Q1, 2019.