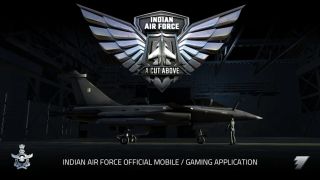 Air Chief Marshal BS Dhanoa launched the game at an event in New Delhi, earlier this week. IAF: A Cut Above has been developed by Threye Interactive for the Indian Air Force and features a training and single-player mode. The developers have promised a multiplayer mode that will be announced during the Air Force Day.

The game starts with a training session that teaches you how to fly the plane, control it, fire ammunition and target enemy planes. After completing the tutorial, the player will be awarded wings. They can start the single-player campaign or engage in free flight mode.

Indian Air Force: A Cut Above is available to download from Google Play Store and Apple App Store. It requires Android 5.0 and above or iOS9.0 and above.